From Hickory to Hollywood and back to Hickory again, Jon Reep brings his unique, Country-ish point-of-view to his weekly podcast. Jon chats with local friends and celebrity guests, and has ongoing segments such as “Small Town News”, “Good Will Hunting”, “Meme Me”, and “Jon’s Journal”.

Jon Reep is a nationally touring comedian whose contemporary country point of view has won over legions of fans in comedy clubs, on tv and in film. As a stand-up he’s built a following through his hilarious comedy specials and as the winner of NBC’s fifth season of Last Comic Standing. He can currently be seen in Netflix’s Brad Paisley’s Comedy Rodeo and his new standup album Ginger Pain was released in March 2019 on 800 Pound Gorilla Records. Jon’s hour standup special Jon Reep: Metro Jethro and his half hour standup special both aired on Comedy Central.
Jon is also host of the popular podcast Fried on Bill Burr and Al Madrigal’s All Things Comedy digital platform. As an actor, Jon has been seen in Tig Notaro’s Amazon Series One Mississisppi, CW’s Jane The Virgin, ABC’s Black-ish, HBO’s Eastbound and Down, and as the “Hemi Guy” from Dodge’s popular ad campaign. On the big screen he appeared in the feature film Into the Storm and as the beloved “Raymus, the pot smoking farmer” in Harold and Kumar: Escape From Guantanamo Bay.
On a nonstop tour since he burst onto the scene, Jon performs to sold-out audiences at clubs and theaters across the country. 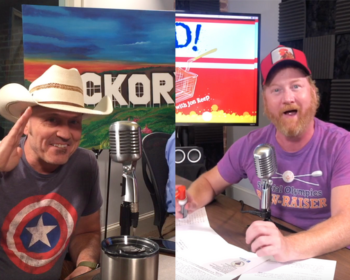 In this episode of the Fried Pod Jon & Alan get together with comedian John Wesley Austin. They talk about the first jokes they told on stage and try to figure out who is Steven Eddie? What NOT to do on a cruise ship, will Hickory be the new Branson, Did Jon miss his calling as an Astronomer, is “Allthow” a word, and who did Patty LaBelle buy a Bonneville for? And of course, Jon reads your emails and reveals the winners of the “Meme Me” contest. 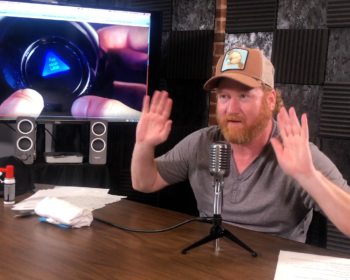 In this episode of the Fried Pod, Jon reveals the winners... 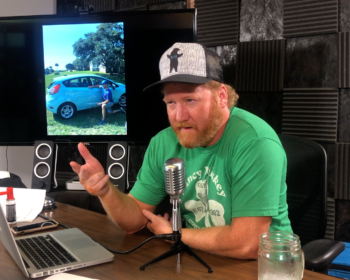 It’s a star-studded episode of the Fried Pod today. We got Captain Cape AND Marcus Christian. As always we read your emails & youtube comments, we reveal the new winners of the “Meme Me” contest, read a finished poem from a fan. Then we talk about how Denzel Washington stole a movie idea from Shawn, Duffy Moon, Marc’s rental car, popsicle update, & the Bagel Boss. 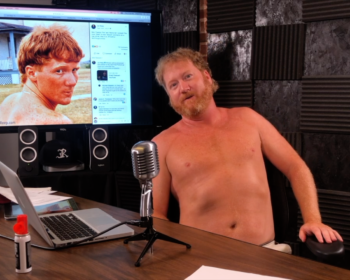 In this episode of the Fried Pod Jon gets together with Shawn Setzer aka Captain Cape and they reveal the winners of the “Meme Me” / “Caption This” contest. Also included! .. bad southern accents in Forrest Gump, and the return of the night club Yesterdays. It’s a pure gold, jammed packed, podcast. Pass it on. 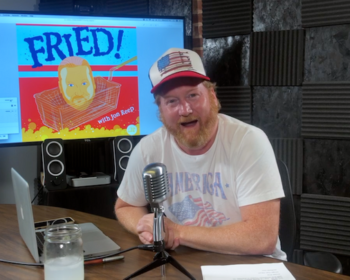 In this episode Jon gets together with Marc Hunt, aka Marcus Stamos, aka the owner / operator of Marcus Christian Beauty Shop. 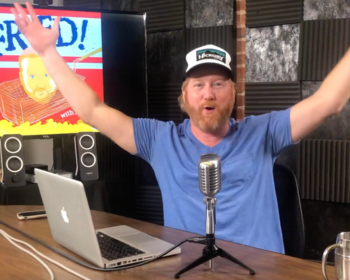 In this episode of the Fried Pod, Jon gets together with Alan & Moose and they read to poems from Jon’s Journal. Then talk little league baseball, minor league baseball, The new Nashville Squares on CMT, and giant sunflower seeds. 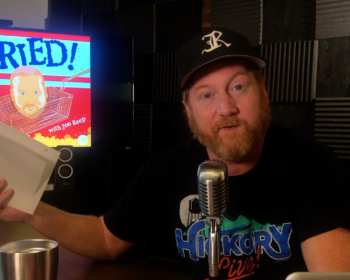 In this episode, it’s another segment of Jon’s Journal. Where Jon...

In this episode of the Fried Pod, Jon shows off his new digs at the Jackson Creative Studios. Because now the Fried Pod is also a VIDEO PODCAST on YouTube. He explains the reason for the new intro song, then talks to old pal Marc Hunt. They talk about Kool Park water park, and read to poems from Jon’s Journal from High School, and relive their favorite memories from when school was canceled because of snow. Ever make a snow toilet, and use it? It’s a new classic.