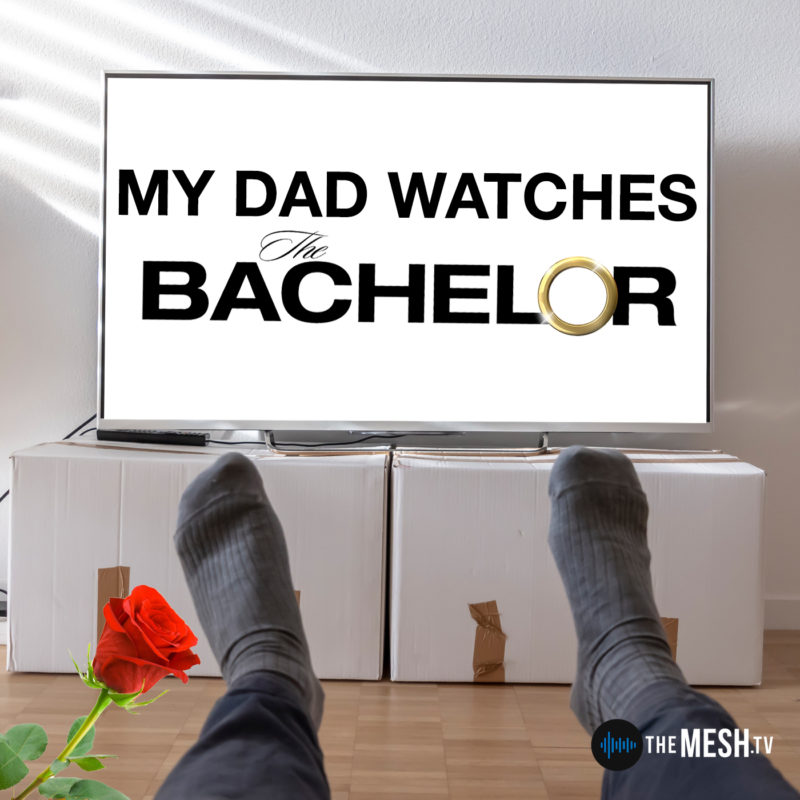 My Dad Watches The Bachelor

The podcast where a millennial daughter watches ABC's hit show The Bachelor and get this… so does her Dad. They discuss the show, its outcomes, and the highs and lows of being a c-list celebrity. All with a good dose of fatherly advice in each episode.

Everybody watches it, no one talks about it… but we do! This is “My Dad Watches the Bachelor”. Where one millennial daughter watches ABC’s hit show The Bachelor and get this… so does her Dad. They discuss the show, its outcomes, the highs and lows of being a c-list celebrity. All with a good dose of fatherly advice in each episode. Do you watch the show? Need a good laugh? Curious what this Dad thinks? Time to tune in.

Meredith is 24 years old and has been a Bachelor fan for ten years, suffering through the downs of the Ari and Juan Pablo seasons to the New Hope of this season’s Pilot Pete Weber and his search for love.  Her favorite season was with Bachelorette Hannah Brown (of course), and Meredith dreams of hanging out with Hannah and Taylor Swift to compare notes on their respective boyfriends.  In addition to explaining The Bachelor to her father, Meredith is a recent college graduate, works for a Fortune 500 company, and is a big fan of SEC football.

The Dad is on the wrong side of 50, has been married for 28 years, and has recently learned about social media and streaming services such as NetFlix.  He spent the first seventeen years of Meredith’s life trying to convince her to attend his alma mater, before Meredith accepted a rose from a different college.  The Dad is now committed to making sure that Meredith finds love in a more traditional way than participating in a reality TV show and to providing reasonable, fatherly advice to anyone who thinks that finding love on a reality TV show is a good idea.  The Dad appreciates that The Mom keeps him company while he watches The Bachelor and that The Son wants nothing to do with it. 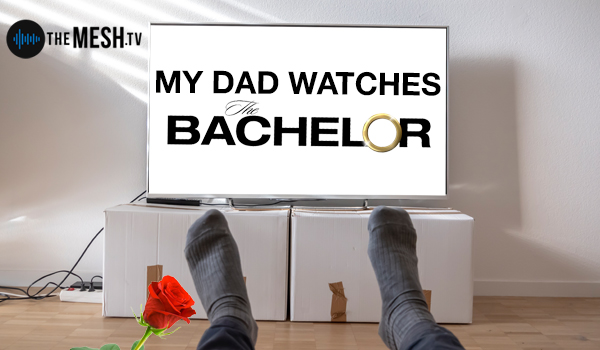 My Dad Watches The Bachelor #5: Champagne-gate

On this episode of My Dad Watches The Bachelor, Meredith and Dad dissect “Champagne-gate”. Was it a ratings grab by ABC? Dad has some thoughts about that as well as the college football championship scheduling conflict. Also included, Meredith and Dad’s highlights and lowlights of this week’s episode, and what contestants both hosts think are in it for the right reasons.

My Dad Watches The Bachelor #4: Too Quick-y with the Kiss-y

Let’s get to the good stuff! Meredith and Dad have a very candid conversation about episode 1 of ABC’s The Bachelor. Included in this episode, their best / worst contestant entrances, feline innuendos, how to tell the Victoria’s apart, MVP of the first episode and of course some well-timed fatherly input.

My Dad Watches The Bachelor #3: The Cast

In this episode of MDWTB, Meredith and Dad dive into the contestant pool and review the cast of this season’s The Bachelor. First impressions, early calls, and hot takes make this one a can’t miss.

Meredith and her Dad have a lively chat about the upcoming season of the Bachelor and it’s protagonist Pilot Pete. Join our hosts as they dive into this season’s The Bachelor before it even starts! Will Dad approve of this fellow trying to win the hearts of the Bachelor contestants or at will he at least watch?

My Dad Watches The Bachelor #1: Meet Meredith and Dad

Welcome to the first episode of the My Dad Watches The Bachelor podcast. Meredith, dedicated watcher of the show and millennial daughter to Dad brings a fresh perspective to the long-running Tv show. Dad, not a long time listener, gives his fatherly input on the show.