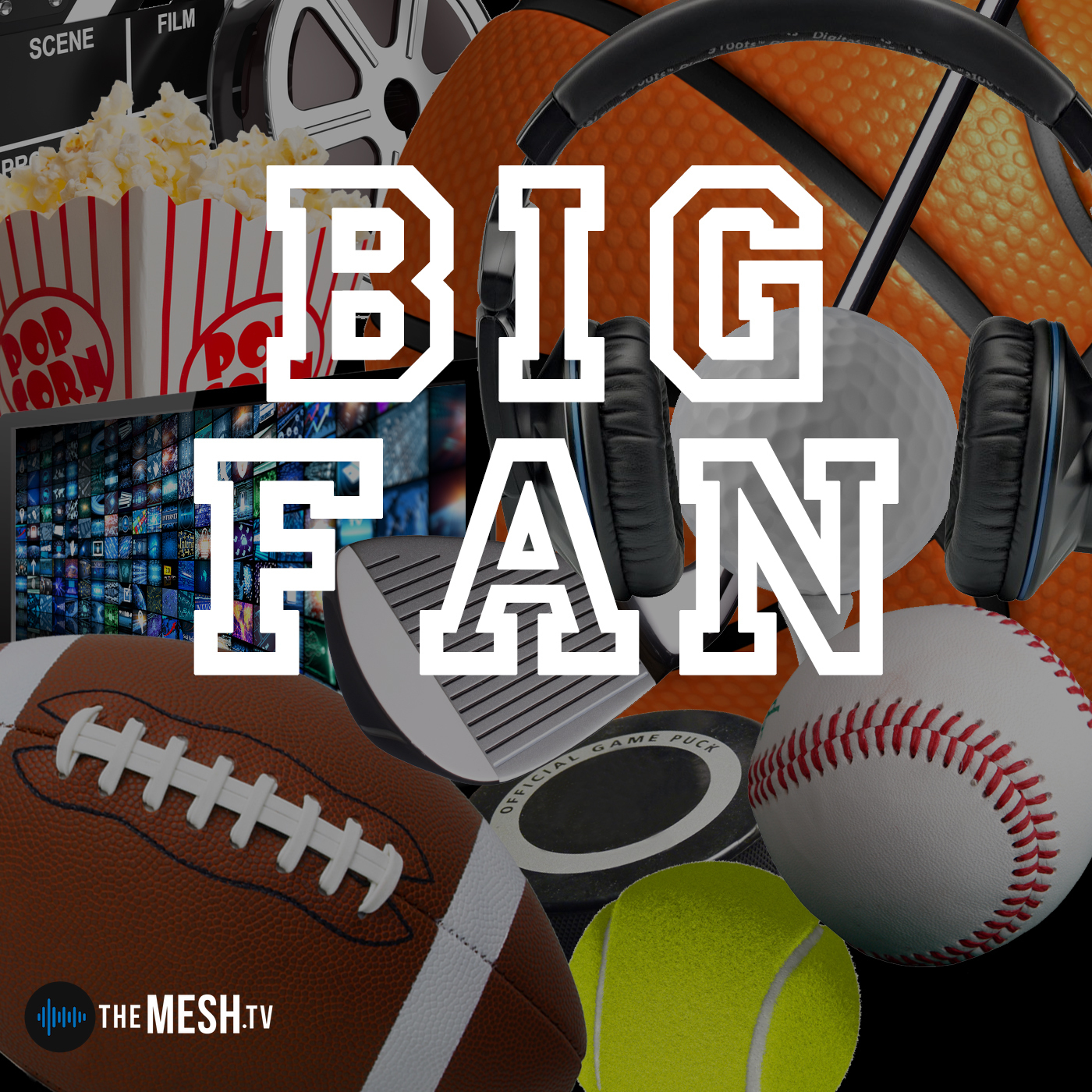 Join hosts Chad and Hank as they talk about whatever they want to talk about that day! Sports, movies, tv, music, news, women, games…

Guys who are fans… of everything guys should be fans of.

Join hosts Chad and Hank as they talk about whatever they want to talk about that day! Sports, movies, tv, music, news, women, games… enough variety and entertainment to surely become your new favorite podcast.

Summertime, Chad and Hank are here for it. Their respective vacation / staycation went as expected (minus the Portuguese Man of War infestation). Late night singalongs, Hank’s shellacking on the tennis court and Father’s Day are all here on Big Fan!

BIG FAN: Hamster in the Coal Mine

Hank and Chad are back! This episode is jam-packed! Hank sees the light at the end of the remodel tunnel, Chad’s birthday trip shenanigans, janky post quarantine haircuts, El Paso Beer and Oyster Buckets, how little eggs turn into a big problem, how to teach ten year olds social distancing, SpaceX and Hank’s Hierarchy are all included.. Strap in, this one’s the best.. around!

Hank and Chad are back but podcasting remotely and at a safe social distance. This episode is jam-packed! Included, Chad’s MVP of Mother’s Day 2020: The Donut Life Employee with the last 2 Apple Fritters, real talk about Fatherhood after watching “The Last Dance”, and the online premier of Chad’s song “Fall in Line” featuring Andy Rhoney and Erika Rowland.

Chad’s deep space redemption has come! The government confirms UFOs are out there and Hank’s not buying it. What kind of person calls the police on a drive-by birthday parade? Our hosts discuss the Michael Jordan documentary, the violent bicycle gangs running rampant in NW Hickory, and retro-video games. This episode is jam-packed with remote podcasting fun! Only on BIG FAN.. only on the MESH!

Hank and Chad are podcasting from home after hours, what could go right? The guys chew the fat on why it’s appropriate to double fist drinks during podcasts, turkey hunting during mating season, math lessons, bad beat poker hands, and how to help your community during the quarantine. Hank’s mountain bike park has officially launched! Hank’s hierarchy includes end of times movies. Gremlins? Don’t miss this!

BIG FAN: You Made the Quaranteam!

Chad and Hank are back for another hilarious episode but not in the same room. While podcasting and social distancing Chad tells an Emergency Vet story for the ages. Spoiler: the only thing hurt at the end is Chad’s wallet. Hank’s Hierarchy segment officially takes a turn… find out who made their Quaranteam in this episode of BIG FAN!

La Cucaracha! The joys of being a realtor, March Madness trips and Hank’s hierarchy are all included in this super sanitary episode. Join our hosts Chad and Hank on a hilarious and jam-packed edition of BIG FAN!

BIG FAN (VIDEO): The Podcast About Nothing

Chad and Hank podcast about nothing? Included in this podcast, the coronavirus in Hickory, Chad’s awkward birdwatching conversation and chaperoning a boyband concert, Hank’s take on Houston Astros cheating scandal and a new NC hero emerges… Emergency goaltender and Zamboni driver for the Carolina Hurricanes David Ayers! Don’t miss the hilarious “Would You Rather” segment. Get your porcupine kicking boots on and get ready for this episode of BIG FAN!