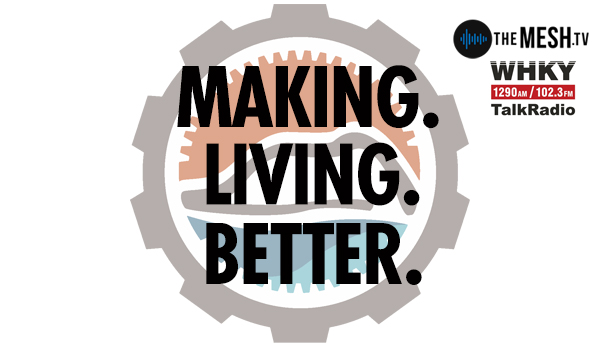 Catawba County, North Carolina is ideal for those who have a sense of adventure and a heart for hard work: for people with a passion for making something of themselves, their community, and the future.

When someone’s been a fixture in a community like Austin Pearce has, you think you know him – until he gets to talking with Hal Row. Known as the energetic and resourceful director of the Hickory Soup Kitchen, Austin shares some lesser known parts of his story – how he left home and traveled through Europe on his own after high school, managed a brewery (among other odd jobs) in Breckinridge, Colorado, and found the love of his life in Hickory, North Carolina. Learn about what fuels Austin’s passion for Catawba County and the people he’s met along the way on this episode of Making. Living. Better.