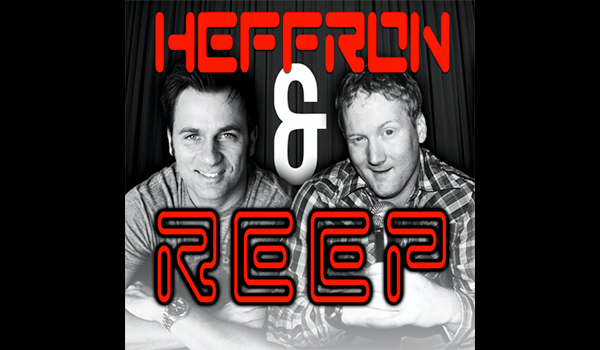 Two stand-up comedians and “Last Comic Standing” winners, John Heffron and Jon Reep. They talk about a variety of different topics, all focused around entertaining you the listener

This is the OFFICIAL Heffron and Reep Show, voted the #1 podcast by both the “World Podcast Federation” and the “Podcasting Ranking Association.” The show is hosted by 2 stand-up comedians and “Last Comic Standing” winners, John Heffron and Jon Reep. They talk about a variety of different topics, all focused around entertaining you the listener. And, as a added BONUS, by listening to the Heffron & Reep Show, you’ll avoid pain in your neck and back region, replaced by the feeling of immense pleasure. So, ask yourself, isn’t that what you really want?

John Heffron:   Energetic and accessible, acclaimed standup John Heffron shares an array of relatable experiences from childhood through life as a married father. He’s learned a thing or two about relationships with family, friends, and even himself along his journeys, gaining an astute, uniquely honest perspective widely praised among his comedy peers. Audiences of all ages relate to his enthusiastic, hard-won wisdom, recognizing how often the path to maturity is marked by universal triumphs and failures. Rather than mock differences, the Detroit native aims to engage, connect, and enlighten.

Long before emerging victorious in the second season of NBC’s hit reality competition Last Comic Standing, Heffron first took the stage at the University of Michigan campus’s Main Street Comedy Showcase. He soon found himself skipping night classes to pursue his passion and branching into FM radio, serving as Danny Bonaduce’s wingman on Detroit’s Number One morning show,Danny Bonaduce and the Q Crew.

Along with appearances on The Tonight Show , Chelsea Lately, The Late Late Show, HBO, FX, VH1, A&E, and CMT, Heffron remains one of a small handful of veteran performers to tape two separate Comedy Central specials and has An Hour Special “Middle Class Funny” on Netflix.

In the podcasting realm, Heffron has guested on WTF with Marc Maron, The Joe Rogan Experience, and Ari Shaffir’s Skeptic Tank. He launched his own The State I’m In on the All Things Comedy network in August 2014. Much like his self-effacing live material, Heffron’s podcast invites guests and listeners alike to explore the ever-fluctuating position they find themselves in both physically and mentally.

In addition to headlining clubs and appearing at festivals around the world, Heffron remains in high demand as a performer at events for numerous Fortune 50 companies including Mercedes, Frito Lay, Sonic,  Johnson & Johnson, Ernst and Young, And The FBI  Just to name a few.

His four albums, Middle Class Funny DVD, and best-selling advice book I Come to You From the Future: Everything You’ll Need to Know Before You Know It are available on iTunes and Amazon.

Jon Reep:  Jon Reep is a nationally touring comedian whose contemporary country point of view has won over legions of fans in comedy clubs, on tv and in film. As a stand-up he’s built a following through his hilarious comedy specials and as the winner of NBC’s fifth season of Last Comic Standing. He can currently be seen in Netflix’s “Brad Paisley’s Comedy Rodeo” and his new standup special on Amazon Prime “Ginger Beard Man” or his new standup album “Ginger Pain”released in March 2019 on 800 Pound Gorilla Records. Jon’s hour standup special Jon Reep: Metro Jethro and his half hour standup special both aired on Comedy Central.

Jon is also host of the popular podcast Country-ish on Bill Burr and Al Madrigal’s All Things Comedy digital platform. As an actor, Jon has been seen in Tig Notaro’s Amazon Series One Mississisppi, CW’s Jane The Virgin, ABC’s Black-ish, HBO’s Eastbound and Down, and as the “Hemi Guy” from Dodge’s popular ad campaign. On the big screen he appeared in the feature film Into the Storm and as the beloved “Raymus, the pot smoking farmer” in Harold and Kumar: Escape From Guantanamo Bay.

On a nonstop tour since he burst onto the scene, Jon performs to sold-out audiences at clubs and theaters across the country. 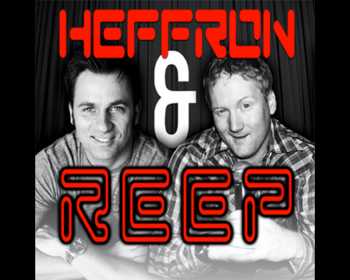 Heffron is playing a game of “Guess what’s in my walls”,...

Finally, after several years (!), the guys are back with a...