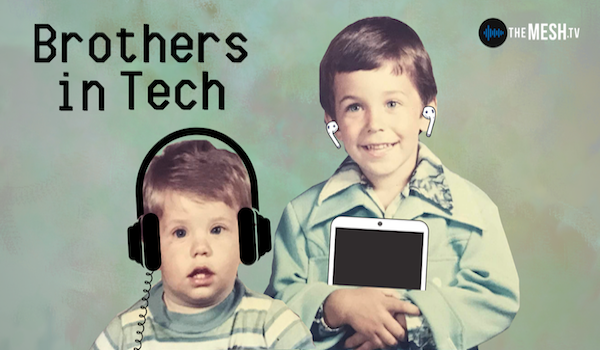 Do you find yourself serving as the go-to “I.T.” person in your family? Or are you someone that tends to call other family members for technical support and would rather learn things on your own? Brothers in Tech is a weekly podcast focusing on home technology and provides help to the “default family IT person”. Hosted by Alan & Brian Jackson, a new topic will be discussed each month (main episode) followed by 3 weekly “deep dive” episodes (the B-sides) with additional information. Whether you are the person who everyone calls for tech support, are the person who is doing the calling, or simply interested in technology…this podcast is for you!

Alan Jackson:  Alan Jackson (the older brother) lives in works in Hickory, North Carolina as the Strategic Director of Jackson Creative and Jackson Insight.  Alan specializes in creating marketing campaigns and resources for a variety of clients as well as consulting on marketing research and satisfaction surveys.  In his free time, Alan runs a film society and annual film festival in Western North Carolina.  Alan started his technology journey at a young age, learning to program in BASIC on an Apple IIE and being one of the first people in his area to use and master the original Macintosh.  He earned extra lunch money by drawing pictures of superheroes in MacPaint and selling printouts to friends for a quarter each, officially earning him the title of the nerdiest kid at school.  Alan has always enjoyed learning new technologies and helping others incorporate tech into their everyday home and work lives.  Oh, and he is definitely the favorite child… no matter what his siblings suggest.

Brian Jackson:  Originally from Hickory, North Carolina, Brian Jackson (the younger Brother) currently lives just outside of Portland, Oregon where he works a professor of Kinesiology at Pacific University. Academically, he is a “motor behaviorist” (studying motor skill learning and performance) who has used his passion for technology to research the use and effectiveness of a number of fitness and learning devices. He is a former coach (tennis), craft beer connoisseur (well…at least a consumer and admirer), and competitive dart player (yes…darts). Although admittedly deeply connected/invested in the Apple ecosystem, Brian enjoys finding, researching, and critiquing all types of new and creative technology solutions…and consulting others on educational and home technology practices (including trying to correct any mistakes that Alan has made with family advice). Oh, and he is definitely the favorite child…no matter what his siblings suggest. 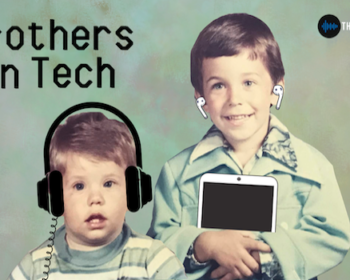 In the first/main episode of their second topic, the Brothers discuss...

Now that you have information about live TV streaming services (Episode 1), digital media players (Episode 1.1), and other movie/content services (Episode 1.3)…are there other options for getting our TV/Media fix? In the final of three “deep dives” into the topic of Streaming Online Television, the Brothers discuss a couple of DIY options.

OK, you have learned about how to stream live TV content (Episode 1) and the equipment you need to do so (Episode 1.1)…but what about accessing additional content? In the second of three “deep dives” into the topic of Streaming Online Television, the Brothers discuss movie/content (non-live) services.

So, we have convinced you to try a streaming television service…how do you access that subscription? In the first of three “deep dives” into the topic of Streaming Online Television, the Brothers discuss the media player options for streaming online content.

In this inaugural episode, the Brothers (Alan & Brian Jackson) discuss the pros and cons of various options/services for streaming live television, including costs, features, usability, and technical difficulty (using the familial rating scale!). The Brothers give their recommendation along with a “Pick of the Show”: